Below is the list of a few prominent (and not so prominent but still interesting) blogs authored by hospitalists:

Wachter's World. Author: Robert M. Wachter, MD is Professor and Associate Chairman of the Department of Medicine at the University of California, San Francisco. The term "hospitalist" was first coined by him in 1996 in the NEJM article The Emerging Role of "Hospitalists" in the American Health Care System.

Clinical Cases and Images - Blog (the blog you are reading now)

Please feel free to add any other notable hospitalist blogs in the comments section below.


Riding the Hospitalist Boom to an IPO. WSJ.

Related:
Definition of "Hospitalist" Added to Merriam-Webster Dictionary, 11/17/2005.
SHM Annual Meeting and Cleveland Clinic Hospitalist Section, 5/31/2007.
What I Learned from Making the Website of the Cleveland Clinic Hospitalists, 8/11/2006.
Bob's Favorite Links: Robert Wachter shares his own list of favorite blogs. I am happy that CasesBlog tops the list currently as of 11/21/2007.
Image source: sxc.hu

12 Germiest Places in America According to Health Magazine

The Health Magazine lists the 12 germiest places in America or the so called "dirty dozen":
Purell (TM) and other alcohol-based hand sanitizers are reportedly effective against most common bacteria including MRSA (pictured above). Hand sanitizers are heavily used by politicians during election season, when they have to shake countless hands and remain healthy.

People involved professionally in medical education (CME administrators, journal editors) sometimes ask me if there is any value in information posted on medical blogs since most blogs are "one-man show" and data is not independently verified. These points are valid but I believe some blogs can enhance the educational experience by providing unfiltered, real-life description of clinical cases which will rarely be found in medical textbooks. See two examples below:

Bread and Butter. M.D.O.D.
Heart of 140 bpm was the key that something more was going in this young man with chest pain who turned out to have a potentially life-threatening tension pneumothorax. We had a patient with unexplained sinus tachycardia in 120s on our inpatient service and although her pneumonia was getting better, I insisted on further investigation to look for underlying cause of tachycardia. TTE was normal but TEE showed large aortic valve vegetations and valve perforation which required a surgical repair. Vitals signs are called like that because they are truly of vital importance.

Related:
Clinical Cases and Images: Tension Pneumothorax.
The Pressure Is On. The Happy Hospitalist, 02/2008.

Dyspneic. DB’s Medical Rants.
Robert Centor describes a case of CHF exacerbation which was mislabeled as COPD exacerbation. A focused physical examination (and a BNP of 1300) helped make the correct diagnosis.

Next Huge Challenge in U.S. Healthcare According to Dr. Wes

"Our next big challenge will be caring for the chronic health needs of the over-85 crowd."

And it looks like there will be fewer doctors to do it.

"After all, after expenses, some have estimated the average annual primary care physician earns about $80,000 per year - less take-home pay than many nurse practitioners.

To amplify staffing concerns, physician recruitment and retention has recently become a global issue. An Indian colleague of mine has commented that many foreign medical physicians who immigrated to the US to find profitable jobs are now moving back to their home countries. Why? Because technology in even remote towns has met or exceeded that of the US and the economics of their health care systems are far more lucrative for them. This, then, leaves many US hospitals and training programs woefully understaffed for many primary care specialties."

October is one of my inpatient teaching months and we decided to assemble a list of topics for feedback and later reference. This is a list of the topics discussed during the internal medicine rotation with residents and medical students at Cleveland Clinic:

SIADH - causes and diagnostic criteria, click for cases 1, 2 by Dr. Bauml
Aortic Stenosis and Preoperative Evaluation for Noncardiac Surgery by Dr. Lin
New guidelines for prevention of bacterial endocarditis by Dr. Kuntjoro
Guidelines for treatment of DVT/PE by Dr. Dimov
Treatment of hyperkalemia and hypokalemia - what questions to ask nurses when called about high or low K+, when to to give IV K+ instead of PO K+, etc. by Dr. Lin and Dr. Gundroo
Different IV catheters and related complications by Dr. Kuntjoro and Dr. Dimov
Primary amyloidosis: diagnosis and treatment by Dr. Kuntjoro
POISE trial and perioperative guidelines for beta blocker use by Dr. Dimov
Statins After Bypass Lower Stroke Risk by Dr. Zimbwa
Contrast-induced nephropathy by Dr. Salem
Indications for LP in patients with dementia by Dr. Tenforde
Difference between temporary and permanent IVC filters by Dr. Robertson. Source: UpToDate 15.3
New definition of AMI. Source: Dr. Wes and Circulation
Rashes due to drug allergy by Dr. Lin
Podcasts in medicine by Dr. Dimov

To be covered in the future:

The list will be updated periodically as new topics are added by the end of the month. As you can see from the links above, a blog can be used as an educational portfolio for both personal learning and teaching.

Jerome Groopman, Chief of Experimental Medicine at Beth Israel Deaconess Medical Center, has been a staff writer in medicine and biology for The New Yorker since 1998. His latest book is How Doctors Think.

BBC Podcasts Are Worth Listening To 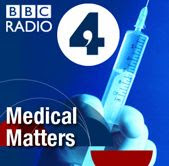 NPR and its podcast directory are great but somehow I have always liked BBC a little bit better. BBC 4 has a streaming Listen Again page and recently launched a comprehensive podcast directory. Subscribing is YouTube-style easy -- you can copy the URL directly, or subscribe via Google Reader/iGoogle or iTunes. Below is the list of some podcasts you may find interesting:

Steve Rubel of Micro Persuasion explains how he uses Google Reader to data mine RSS feeds for trends and other information:

"Google Reader recently added a powerful search functionality that has made me infinitely better at studying people and their social patterns. Using Google Reader you can now search an individual feed, tag or a folder and get back a total item count, all sorted by date for as long as you have been a subscriber to that feed.

Now that my reader shows a huge cache of posts, I am subscribing to tons more feeds, stuffing them into a folder solely for the purpose of data mining them. It's worth noting that I don't actually read these high volume feeds. Rather, I mark them all as read so they get logged in my feed database and can be searched for insights."

Steve gives a few examples of using this approach on his blog.

I have not had the time to figure out how to use this for health-related research but hopefully I will.

References:
How to Data Mine Google Reader Feeds for Trends. Micro Persuasion.
Posted by Author on 10/11/2007 No comments:

During this time of the year U.S. medical students and international medical graduates (IMGs) are preparing their ERAS applications and waiting for interview offers from residency programs. A selection of helpful (and funny) blog posts is collected below:

A Guide for Doctors Planning to Relocate Abroad

The 4th Annual Perioperative Medicine Summit will take place in Miami Beach, Florida, February 5-8, 2009. The summit will be a collaborative project between University of Miami, Cleveland Clinic and Society for Perioperative Assessment and Quality Improvement.

I made the web site for summit earlier this year -- PeriopMedicine.org, and was on the abstract committee during the last 2 summits.

MedFriendly Blog: 5 Things I Can't Stand About Going to the Doctor 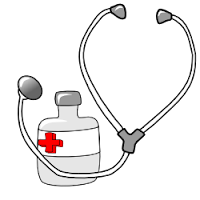 Keyxl.com is the self-proclaimed largest online database of keyboard shortcuts in the world. The database is searchable by software program and covers all the major operating systems including Windows, Macintosh, Linux and browser-based applications.

I use keyboard shortcuts all time and find them useful and time saving.

Some of my favorites:

Mark Rabnett, a librarian at University of Manitoba, has assembled a comprehensive list of medical student bloggers: Blogging med school.

"There were no student bloggers in my day, no such satisfying means of publicly dealing with the daily horrors of academe. Writing papers on a typewriter leaves one too exhausted for much else. Besides, we were too busy studying Madame Blavatsky or Lenin." But now students armed with formidable computing power can blog away 24/7.

I am happy to find a medical student blogger at the medical school where I am on faculty:

CCLCM Student Blog describes the experience of a medical student at the Cleveland Clinic Lerner College of Medicine.

References:
Blogging med school. Shelved in the W's, 09/2007.
Becoming a Clinical Assistant Professor of Medicine and Web 2.0 Projects. CasesBlog, 2006.
"Why I don't want my daughter to become a doctor." CasesBlog, 2006.
Medical Students Blogging on a "Massive Scale" at the University of Michigan. CasesBlog, 2006.
UCSF Blogs.
Image source: OpenClipArt.org, public domain.

Blog Advice: 10 Steps to Success on the Net Without SEO

Google Blogoscoped has an interesting interview with a search engine optimizer with tips for creating and maintaining a successful web site. 10 Steps to Success on the ’Net Without SEO include:

Further reading:
Be More Than a Blip in the Blogosphere. Washington Post, 11/2007.
The Blogger's Guide to Search Engine Optimization - by Aaron & Giovanna Wall. SEObook.com.

You Can Carry Your Genome Information on an iPhone?

GigaOM comments on the business model of a new biotech company called 23andMe which has Google as one of its investors. The company name is a play on the 23 pairs of chromosomes that carry every individual’s DNA.

23andMe was co-founded by Anne Wojcicki, wife of Google co-founder Sergey Brin. The company reportedly wants to help bring genome information to the consumers via a simple 4-step process:

1. You will send 23andMe a sample. It could be something as tiny as a Q-Tip rubbed on the inside of your cheek.

2. Mail the sample to 23andMe and it will end up at Illumina (another biotech company) which will genotype it.

3. Illumina will send the DNA information back to 23andMe.

The Illumina CEO told Forbes.com he already carries his genotype on his iPhone.

John Halamka, MD from the blog Life as a Healthcare CIO has just had his genome sequenced and shares some of the findings:

"An analysis based on the Welcome Trust Genome Wide Association Study (GWAS) indicates that my risks for disease are:

Thus for me, becoming a vegan 7 years ago was truly a great idea. By reducing all my cardiac risk factors, I've likely negated my genetic risks."


Whole genome sequencing fails to predict risk of most common diseases, according to BMJ.

Click on the slideshow to see the full-size photos on Google Picasa. Read more about Cleveland Botanical Garden.