Can Blogging Be a Profitable Small Business? 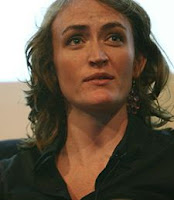 Believe it or not, blogging could be a profitable endeavor. And this does not apply only to owners of blog networks with 30-40 blogs like Gawker Media run by Nick Denton.

The WallStreet Journal featured one of the most popular parent blogs -- The Blogger Mom, In Your Face:

"The 32-year-old at-home mother's irreverent, occasionally profane and often hilarious musings on prosaic topics from potty-training to postpartum depression have propelled her blog, Dooce.com, to No. 59 among the Web's top 100 blogs, according to Technorati, a blog search engine. The Salt Lake City resident enjoys enviable influence and enough ad revenue that her husband Jon quit his job in 2005 to manage advertising for Dooce (rhymes with moose).

Ms. Armstrong's fan base is a powerful lure for advertisers. Neither she nor her husband will discuss ad revenue, but they and the Internet rating service Quantcast say that Dooce draws about four million page views per month. In a "quick back-of-the-envelope guesstimate," , Technorati's vice president, business development, estimates the site could yield $40,000 a month in revenue from companies coveting her traffic, such as BMW and ."

"As an independent handyman at the mercy of weather patterns near Hartford, Conn., Jerry Alonzy had always made a decent income that rarely grew.

Then he found Google, and his life changed. Alonzy, 57, now makes $120,000 a year from the ads Google places on his Natural Handyman website, and he couldn't be more thrilled."

I don't know of any physician-blogger quitting his job to devote his time exclusively to blogging but who knows, with declining reimbursement, and increasing page views and ad revenues for popular blogs, this time may come.

There is an alternative to making money from ads: 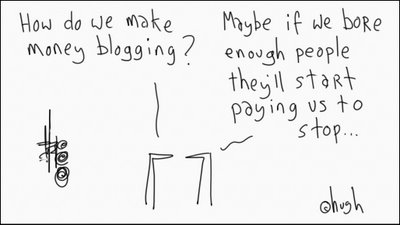 - Amit Agarwal, the author of the tech blog Digital Inspiration, located in India, made so much from Google AdSense that he was able to buy a brand new Honda CRV

- The author of the blog Fund my Mutual Fund raised $1.19 million from readers to create a real mutual fund from scratch: