On the afternoon of June 13, 2008, Russert collapsed at the offices of WRC-TV, which houses the Washington, D.C. bureau of NBC News, while recording voiceovers for the Sunday edition of Meet the Press. Despite immediate attempts at resuscitation by EMS and transportation to Sibley Memorial Hospital, Russert never regained consciousness and was pronounced dead a short time later at 4:15 p.m.

An autopsy, performed on the day of his death, determined that his history of diabetes mellitus and coronary artery disease led to sudden cardiac death. The immediate cause of death was an occlusive coronary thrombus. On the special reports program, Russert's friend Dr. Michael Newman stated that the autopsy showed coronary artery disease in the left anterior descending artery, and a fresh blood clot was visible on one of these plaques. He had a negative stress test less than 2 months ago.

Tim Russert was in Italy for a family vacation and had just returned home but the autopsy did not show findings of PE. Source: Wikipedia.

Colleague and former NBC anchor Tom Brokaw broke the news on the network Friday: "He will be missed as he was loved -- greatly." Source: CNN. 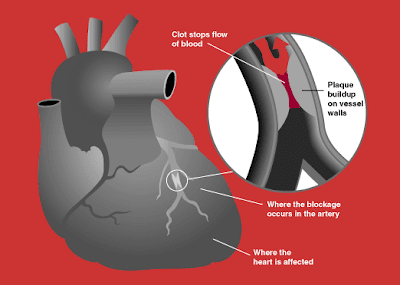 There is a mnemonic for some of the risk factors for CAD -- OBESE: