Study: "45% of medical schools are adopting Web 2.0 tools for teaching"

According to a 2009 study (submitted in 2008), 45% of medical schools are adopting Web 2.0 tools for teaching: http://bit.ly/7Rbf6. In the article titled "Specific Web 2.0 tools used in curriculum at nursing and medical schools", they didn't even ask about Twitter back in 2008. There are other shortcomings in the paper but it is worth noting that as of 2009, Twitter is the most widely adopted social media tool by the hospitals according to the statistics kept by Ed Bennett: 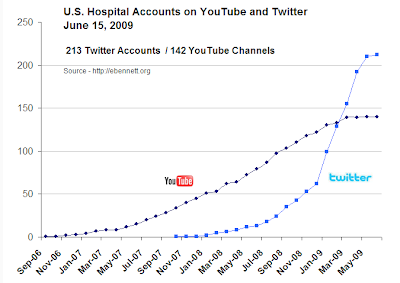 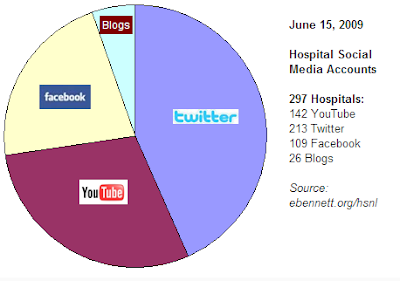 StudentBMJ offers tips how stay up to date online but the advice "Get rid of your text books and find the latest information from the internet" goes a bit too far: http://bit.ly/S6qnZ

"Do you need to declare competing interests?" asks BMJ before you can post a comment on their blogs/articles...

BMJ is an enormous publishing empire and some areas are very advanced while the other are lagging a bit behind. This is an example of old style "push-only" Twitter feed by BMJ that pushes headlines like a bot and it seems to never reply: http://bit.ly/QWoxx - No wonder I have double the number of followers on Twitter: 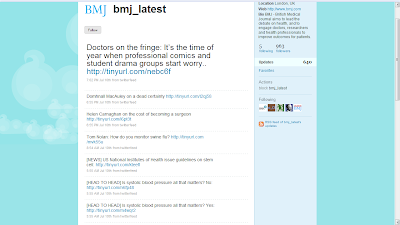 On the other hand, BMJ is the only one of the big 5 journals that has its own social network: doc2doc where international doctors recently commented that "US doctor salaries are out of this world!" http://bit.ly/2X4hJ5