The Third Component of Genetic Blueprint - Writing in Pen (DNA) vs. Pencil (Epigenetics)

The term epigenetics refers to changes in phenotype (appearance) or gene expression caused by mechanisms other than changes in the underlying DNA sequence, hence the name epi- (Greek: over; above) -genetics. There is no change in the underlying DNA sequence of the organism; the phenotype is expressed by activating some genes while inhibiting others. Epigenetics includes changes in gene function that occur without a change in the sequence of DNA. These changes occur as a result of the interaction of the environment with the genome. Epigenetic determinants activate or silence fetal genes through alterations in DNA, histone methylation and acetylation. From the National Geographic magazine:

If you think of our DNA as a piano keyboard and our genes as keys - each key symbolizing a segment of DNA responsible for a particular note, or trait, and all the keys combining to make us who we are - then epigenetic processes determine when and how each key can be struck, changing the tune being played.

Recent studis focuses on a particular epigenetic process called DNA methylation, which is known to make the expression of genes weaker or stronger.

The good news is that some of these processes, unlike our DNA sequences, can be altered. Genes muted by methylation, for example, sometimes can be switched back on again relatively easily. And though it may not happen soon, the hope is that someday epigenetic mistakes will be as simple to repair as a piano that's out of tune. " 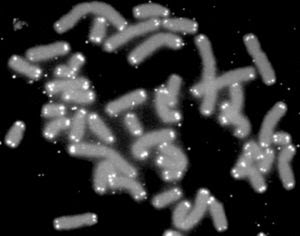