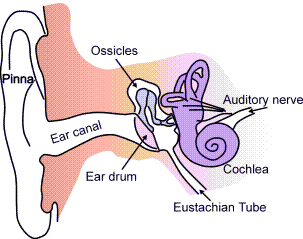 What is Acute otitis externa?

Acute otitis externa is a common condition involving inflammation of the ear canal. It is caused by bacteria such as Pseudomonas aeruginosa and Staphylococcus aureus. Acute otitis externa often occurs following swimming or minor trauma from inappropriate cleaning.

What are the symptoms of Acute otitis externa?

The rapid onset of ear canal inflammation leads to otalgia (earache), itching, canal edema, erythema, and otorrhea. Tenderness with movement of the tragus or pinna is a classic finding.

What is the treatment for Acute otitis externa?

For uncomplicated cases, use topical antimicrobials or antibiotics such as acetic acid, aminoglycosides, polymyxin B, and quinolones. Some of these agents come in preparations with topical corticosteroids which may help resolve symptoms more quickly.

There is no evidence that any one antimicrobial or antibiotic preparation is clinically superior to another. Here two suggested approaches:

- Neomycin/polymyxin B/hydrocortisone preparations are a reasonable first-line therapy when the tympanic membrane is intact.

- Oral antibiotics are used when the infection has spread beyond the ear canal or in patients at risk of a rapidly progressing infection.