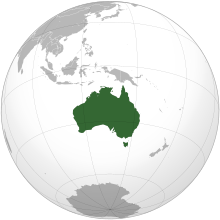 Mike Cadogan (@sandnsurf) is one of the best medical bloggers, with a "local Australian presence and a world-wide distribution" through his blog Life in the Fast Line and Twitter account.

Mike has assembled a table showing the Australian Hospital Social Network List (click to see it) but was a little concerned by the blank spots - many hospitalis did not have any social media presence - no blog, YouTube channel, not even a simple Twitter account.

The growth in the social media use by Australian hospitals will come gradually, the U.S. still leads the trend and Europe follows a bit behind.

I remember when I first introduced my blogs to the Cleveland Clinic executives in 2005 - it was such a novel idea, almost unheard of. No hospital had an official blog in 2005 and look at us now - Ed Bennett maintains a list of the U.S. hospitals using social media and it is getting longer every week.

Hospitals have to see the benefit of social media and face even wider adoption by the general population before they begin to use them. It is still a relatively conservative field.