The Search for a Male Contraceptive 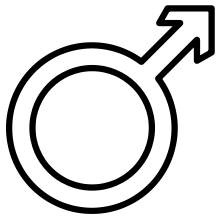 Steve Owens had always left birth control to his wife, who took the pill. Then Mr. Owens volunteered to test potential methods that lowered his sperm count so much that “I was not viably able to produce a child,” he said. His count rebounded weeks after stopping each method, and he fathered a daughter between research studies.

Male contraceptives are attracting growing interest from scientists. The most studied approach uses hormones such as testosterone and progestin, which send the body signals to stop producing sperm. While effective and safe for most men, they have not worked for everyone (5% do not respond to treatment). Questions about long term side effects also remain.

Scientists are testing several ways of interrupting sperm production, maturation or mobility:
- hormones (implants, injections, gels or pills) work for 95%
- gamendazole, derived from an anticancer drug, interrupts sperm maturation
- an anti-parasitic drug that blocks production of retinoic acid
- a drug that disables calcium ion channels of sperm
- two drugs, an antihypertensive and an antipsychotic, inhibit ejaculation
- briefly heating the testes with ultrasound can halt sperm production for months
References:
Scientific Advances on Contraceptive for Men. NYTimes.
Image source: The shield and spear of the Roman god Mars, which is also the alchemical symbol for iron, represents the male sex. Wikipedia, public domain.
Posted by Author on 10/11/2011

Labels: Urology
Email ThisBlogThis!Share to TwitterShare to FacebookShare to Pinterest