How do you backup your computer files? 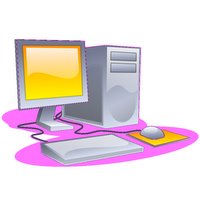 One approach is described below and it is by no means perfect. I wrote this post long time ago and some of the equipment is outdated but one can still get a general idea.

Areas of storage and backup:

2. 500 GB second hard drive on desktop PC.
Primary backup -- this is a new drive by Seagate and should last the longest.

3. Seagate Free Agent ToGo portable hard drive, 120 GB.
3rd degree backup. Portable Apps (free) are installed on the Free Agent drive and the files are encrypted with Toucan (part of the portable suite). It is important to encrypt all portable drives because they are often lost.

5. Notebook PC (laptop), 30 GB (old).
I use this PC primarily for Internet access when traveling. Not much is stored there, only occasional downloaded files.

6. GMail, 6 GB.
The GMail account has all my emails, some files and music. The emails are downloaded to desktop PC via Mozilla Thunderbird. See how to backup your Gmail account(s) via POP.

7. Box.net, 1 GB.
Not much free storage but it has a nice interface and is easy to use.

10. USB drive, 2 GB.
For some files. Similarly to the portable hard drive, the USB drive also has Portable Apps and the documents are encrypted with Toucan.