After looking at the medical history of Joe Biden, there is little doubt he is a survivor. The Democratic vice-presidential candidate and Senator from Delaware escaped 2 conditions which are deadly on their own, and supposedly even more so in sequence or combination: subarachnoid hemorrhage and pulmonary embolism (PE).

According to CNN, "in 1988 Biden suffered two brain aneurysms and a blood clot in his lung.

Biden collapsed in his Rochester, New York hotel room on February 9, writing in his autobiography ‘Promises to Keep’ that it felt like “lightning flashing inside my head, a powerful electric surge – and then a rip of pain like I’d never felt before.”

The Delaware senator – who had just ended his 1988 presidential bid – flew home to Wilmington, where he was rushed to the hospital by his wife Jill, where doctors discovered a ruptured aneurysm, a condition so severe that the practicing Catholic Biden was given his last rites. Surgery at the Walter Reed Army Medical Center saved his life.

After the discovery of a blot clot in his lung and another surgery for a second aneurysm, Biden recovered and returned to the Senate seven months later."

The images below are used for illustration purposes only and do not represent Mr. Biden's condition:

A CT scan of the brain shows subarachnoid hemorrhage as a white area in the center. Image source: Wikipedia, GNU Free Documentation License. 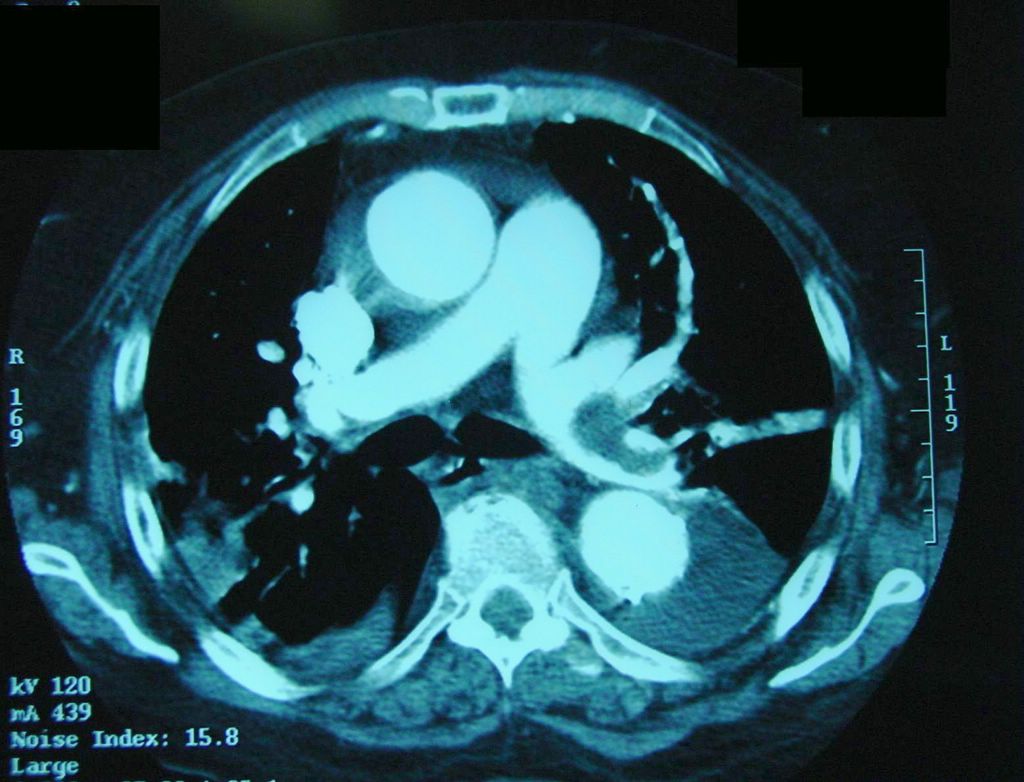 What is the risk of death of PE?

What is the risk of death of subarachnoid hemorrhage?

10-15% of patients die before reaching the hospital. Mortality rate reaches as high as 40% within the first week. About half die in the first 6 months. Advances in the management of SAH have resulted in a relative reduction in mortality rate that exceeds 25%. However, more than one third of survivors have major neurologic deficits.

Related:
Sen. John McCain’s Melanoma History
What is Included in President's Physical Exam?
President Bush's Physical - A Good Example on How to Have a Healthy Lifestyle
Many Holes in Disclosure of Nominees’ Health. NYT, 10/2008.